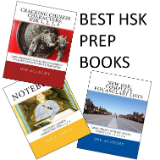 This section is aimed at beginners, and describes the most common and simple cases

Sentences usually have the following structure:

The Chinese language is genderless, and has no singular or plural, apart for the pronouns. Verbs don't have conjugation. Tenses are expressed by the addition of a verbal compound made of one or two characters. Context makes it possible to deduce the meaning. Accuracy is possible if absolutely necessary.

In Chinese, it is not possible to speak about an object with only an article, as in “a (tree)”, “the (girl)”, “the (books)”. It is necessary to add a classifier between the article and the object. The classifier specifies the category of the object (flat, recipient, long, human, animal…). It is mandatory but makes for an economy of words, since it already describes the object, in terms of quality, capacity, etc…

a cup of tea

a + classifier for cup + tea

three + qualifier for a book + book

Qualifiers are given for each HSK word, see the different sections in the HSK.

Be mindful that afterwards, Chinese has a unit for multiples of 10000: 万 (wàn). This causes a lot of confusion when doing business.

Note: zero is only used a single time when there are several in a number.

When do you arrive?

The negation mark goes between subject and verb.

She is not French.

I did not go there.

I have bought four books.

I did not go to the restaurant yesterday.

I have been to China.

Past experience, not done

She did not go to China.

He wants to go to the restaurant.